The Californian manufacturer Heath Ceramics – which will celebrate its 70th anniversary next year – has seen a remarkable leap in productivity as a result of its recent collaboration with IPS Ceramics. Heath is particularly renowned in the North American market for its stylish, trendsetting dinnerware but also has a tile factory that it established in the Mission District of San Francisco back in 2012.

When the decision was made to reconfigure the kiln cars for tile firing, Heath called on IPS Ceramics to come up with a flexible, smart, high performance kiln furniture system that would also allow for more product per firing.

The technical team at IPS got to work and quickly decided that the optimum material for this particular system would be silicon carbide (SiC). The way that all the different elements on the kiln car have to fit together is crucial in order to meet the project goals and the ability to design to exacting standards with SiC played a major part.

In one of IPS Ceramics’ most significant projects in the past year, the first system for Heath has now been delivered, constructed, trialled and moved on to full production operation – with phenomenal results for the customer.

Neal Beardmore, Production Director at Heath Ceramics, said earlier this month: “It was great to see Phil Green and Mike Jackson from IPS Ceramics here in San Francisco helping with the installation of the new SiC kiln furniture – great commitment and customer service!” 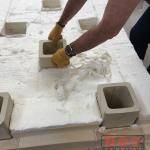 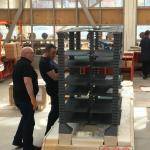 The Heath team reports that the new lightweight SiC kiln cars are already performing very well. They have resulted in increased product capacity of 45% and apparent product improvement. Even relatively modest extra capacity on kiln cars can contribute to higher production efficiency and a healthier bottom line, but adding 45% stands as a major achievement and something of which IPS is rightly proud.

“We are delighted to have been chosen to work on this prestigious, ground breaking project,” commented Mike Jackson, VP at IPS Ceramics USA. “Heath Ceramics has really made a mark with forward-thinking strategies allied to flexible design and production – IPS Ceramics has been recognised as being fully in sync with this approach and is happy to be associated with the Heath ethos. We look forward to continuing to partner Neal and his team in pushing further the opportunities to exploit modern materials to keep production of these distinctive products viable and profitable.”

North American manufacturers will be able to discuss the many benefits offered by IPS systems in the very near future as both Mike and Phil will be present at Ceramics Expo 2017 (April 25-27, Cleveland, Ohio) on booth 439. Follow this link to register for a free pass for the expo. 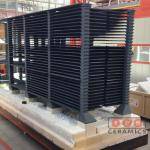 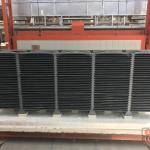 Our technical ceramics have a diverse range of #properties, meaning that we have the #material for your application no matter what. See which #ceramic is best for you at ipsceramics.com/technical-cer… #TechnicalCeramics #Alumina #AluminiumNitride #SiliconNitride #Steatite #Zirconia pic.twitter.com/hmBpqBZl5i

Designed for industrial heating applications, our Silicon Carbide Burner Nozzles give you the control you need to maintain the best temperature profiles in your kilns and furnaces. Find out more about our SiC range at ipsceramics.com/silicon-carbi… #BurnerNozzles #Kilns #Furnaces pic.twitter.com/2qh46qeTYI

Our expert commercial team is always available to help you with any #KilnFurniture and #TechnicalCeramic enquiries you may have. Contact us at ipsceramics.com/contact-ips-c… #IPSCeramics #Ceramics #StokeOnTrent pic.twitter.com/G17p7HxnBL

#SiliconCarbide is a hard-wearing #ceramic #material which comes in many variations for different temperatures and applications. Find out about some of the varieties below and see our SiC product range at ipsceramics.com/silicon-carbi… pic.twitter.com/V8lYwKBrVg

#Alumina #Tubes are one of our most popular #ceramic products: mechanically strong, thermally and chemically resistant, and with excellent dielectric properties. You can find them in our online shop: ipsceramics.com/shop/ pic.twitter.com/PeK4XIhCFi