The modern history of the UK ceramic industry is rarely told outside of Staffordshire and is mostly comprised of anecdotes from people who were there. One of these people is Bob Kelly, the man who set up the first US branch of a UK kiln furniture manufacturer, a branch which would eventually become IPS Ceramics USA. Sitting down with him at the IPS office, we asked him how he set the branch up and what it was like to run. Here’s what he told us. 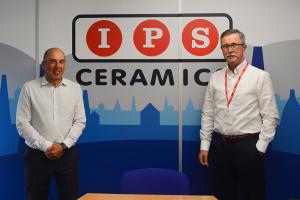 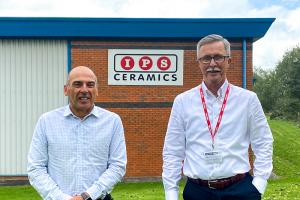 It was January 1995. I got a call from Jim Flood, a former boss of mine, who oversaw the sales and marketing at Hewitt Kiln Furniture and wanted me to join his team. At the time, Hewitt was a bit of a mom-and-pop business, though with a technical ability which far exceeded that of the competition, at least in my opinion. What they needed was some people to come and give it a bit of a push – hence this is where I came in.

So Jim and I started injecting a significant-dollar-corporation attitude to the company. While doing so, we came to the conclusion that the company’s largest opportunity for growth was in the foreign markets – particularly North and South America. As such, in January 1996, I officially moved to America and, working with Hewitt’s old sales agents, set up their USA division. The first one ever for a UK kiln furniture manufacturer. 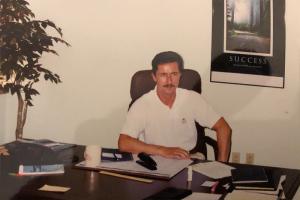 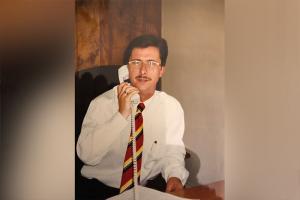 The operation was quite ambitious, consisting of whole new warehousing and manufacturing facilities in Pennsylvania. The biggest obstacles for us were making sure that we got the technology and distribution right our end, as well as convincing USA companies to move to us instead of making their kiln furniture themselves. Nevertheless, we ended up doing well for ourselves: expanding into a 10,000 square unit, setting up remote warehousing facilities, hiring an ever-expanding workforce, all to keep up with demand. One of the people I hired was Mike Jackson who relocated from Dyson UK and would go to be a big name for IPS. A lot of the groundwork for what would be IPS USA was being laid here.

We were doing this at a time when the industry was all change though. Not long after I started, Hewitt got brought into the Flare Group. Then within a few years the Flare Group went into administration and we were bought by Dyson, though interestingly enough our US corporation (then Flare Industries Inc) remained solvent throughout, illustrating how important the US market was. Then, around 2004-ish, Dyson made some decisions to restructure the US business and bring management control back to the UK. After all the reorganising, my position sort-of stopped existing and I decided it was time to move to pastures new. I am still very proud of my time with the company though and remember it, and the people, very fondly. 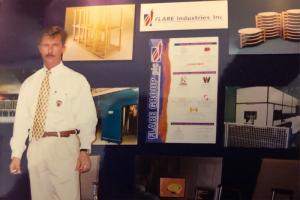 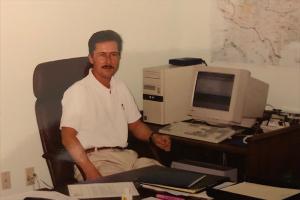 Dyson Technical Ceramics was then subject to a management buyout in 2009, leading to the formation of IPS Ceramics which is still going from strength to strength 12 years later. IPS Ceramics kept Mike Jackson as our main US representative and, when it came time to reopen the US department in 2016, he became Vice President of the newly rechristened IPS Ceramics USA. Mike sadly passed in 2021, having spent five years developing IPS Ceramics USA into the leading company it is today.

As Bob has said, a lot of the groundwork for IPS Ceramics USA was laid by him and Hewitt Technical Ceramics in January 1996. We thank him for the ground-breaking role he played in the department’s early days and were delighted to recently meet our old friend at our UK offices again.

#SiliconCarbide is a hard-wearing #ceramic #material which comes in many variations for different temperatures and applications. Find out about some of the varieties below and see our SiC product range at ipsceramics.com/silicon-carbi… pic.twitter.com/V8lYwKBrVg

#Alumina #Tubes are one of our most popular #ceramic products: mechanically strong, thermally and chemically resistant, and with excellent dielectric properties. You can find them in our online shop: ipsceramics.com/shop/ pic.twitter.com/PeK4XIhCFi

The IPS Ceramics office always looks picturesque with a fresh blanket of snow! If you’d like a meeting at our premises, or to make an enquiry about our kiln furniture and other ceramic products, you can contact us at ipsceramics.com/contact-ips-c… #Ceramics #Meeting #StokeOnTrent #Snow pic.twitter.com/i6RDegwFKX

Our #warehouse is hard at work sending #ceramic #products throughout the UK and around the world. Find out what products and services we can offer you at ipsceramics.com pic.twitter.com/yvDIJE0QXQ

The IPS Ceramics team has over 250 years’ experience in the #ceramics #industry, covering every stage of ceramics #production from product development to manufacturing to delivery. Find out more about our team and what we do at ipsceramics.com/about-us/meet… pic.twitter.com/flH3uSkzOR